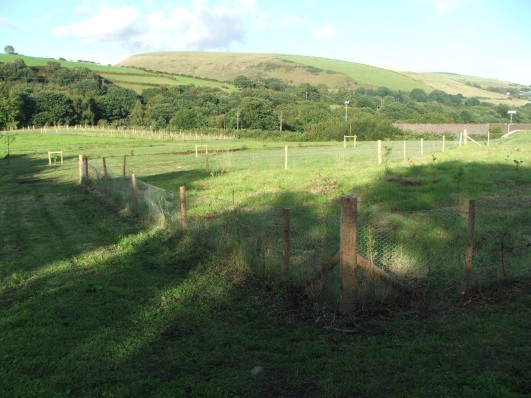 2016 has been a year of the unexpected. Brexit is underway. Trump is the new president. Many of us, me included, have been left reeling at the huge upheavals that have taken place, often instigated by people seeming to vote against their own interests – like (white) women voting for Trump, in spite of the very serious allegations of sexual harassment against him.

In much of the coverage on Wales and Brexit, Welsh people have been portrayed as morons, too ignorant to understand the implications of the vote for Brexit. It is a dangerous stereotype, the kind that almost harks back to the days when working class people were denied the vote because they were thought to be unworthy of such a privilege. The vote against the EU in Wales, however, is more complex than it seems.

When I took my annual summer trip home, I was determined to understand why so much of Wales voted Brexit. My family come from Maesteg in the Llynfi Valley, an area that has been suffering from lack of jobs and prospects for some time, though the community is strong and undefeated. My own family all voted to remain in the EU, but I was fascinated to know who in the Valleys was voting Brexit and why.

I didn’t set out intending to question people about Brexit, but they did seem to want to talk to me. A workman doing a job in my mother’s garden questioned me about living in the States. He had a mischievous way about him, teasing the children and laughing with ease, but he became serious when he started talking about Brexit. “It’s about time we gave the right a chance to see what they can do,” he said, and his words gave me pause. I realized that whatever reforms Labour had implemented during their years in power, they had not reached this man, and the turning of the screws in the Conservative austerity policies were also increasing his bitterness against Labour.

Large amounts of EU funding have been given to Wales, but it has been a kind of salve that only slightly eased the lack care and attention coming from Westminster, not just under the Conservative Party, but under Labour too. It is telling that the mysterious spate of Bridgend youth suicides (some in Maesteg) took place in 2007 to 2009, when Labour were in power. The Valleys have been suffering for a long time, and this is why some people do not see any difference between Labour and Conservative.

Even when Labour were in power the institutions and organizations set to work on Welsh infrastructure were completely out of touch with the workings of the Valley communities. In the 2000s, I was disturbed by a conversation with a consultant working for an educational quango. As an outsider to the Valleys, he expressed his frustration that Welsh people didn’t simply get educated, and move somewhere else, a view that completely misunderstands the close-knit families and communities in South Wales.

The tragedy of all this is that there is a huge difference between the Valleys under the Conservatives and Labour. One incident that was particularly symbolic was the morning that we found a dead rat on my grandmother’s street, a main thoroughfare in Maesteg, opposite a primary school. My first thought was to ring the local council. “Yes, you do that, Love,” my grandmother said. “The council has always had its own rat catchers.” I phoned the council, only to be told that because the rat was not on private property, it would not be picked up.

“It’s because we employ a private company these days,” said the woman on the phone, “and they won’t go and pick up one dead rat.”

“So the rat stays there?” I asked.

I had to go back in to my grandmother then, and explain what the council had said. She looked surprised and smaller somehow, as if the news had shrunk her pride in the fine, old town where she was born, and grew up, and lived all her life.

The blame for this incident can clearly be laid on Conservative policies of austerity that squeeze local government, as well as the pressure to privatize, but those agendas and policies began under Labour. Now that the Labour Party is being reformed and reforged, it is worth recognizing that the once Labour strongholds are turning right. New Labour did not deliver what it should have to these working class communities, and in remaking the party, Labour’s policies must offer structural changes to benefit post-industrial communities beyond the salve of EU money.